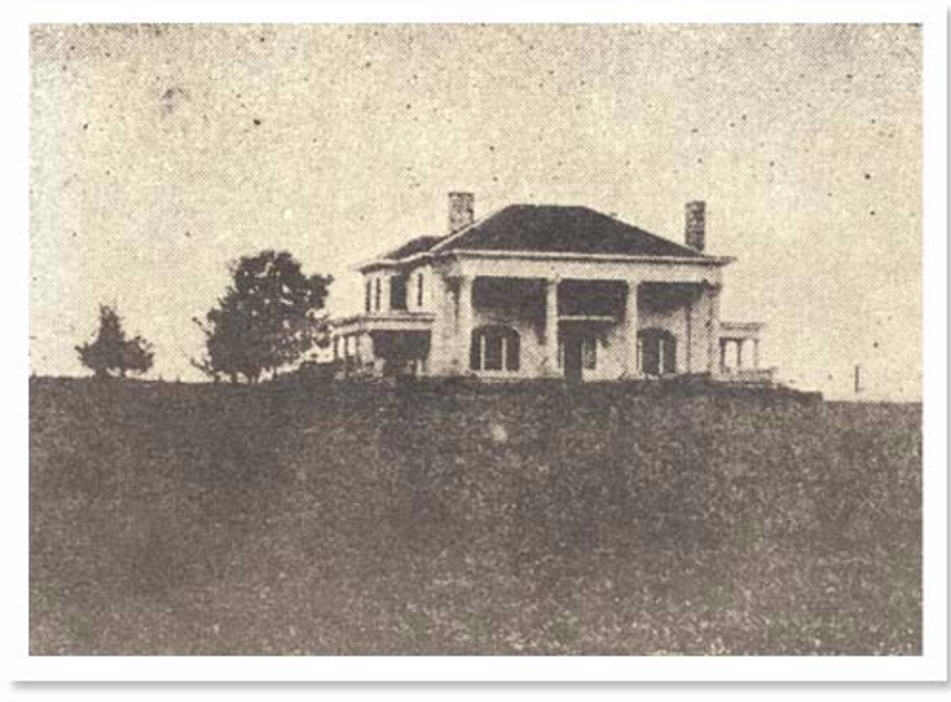 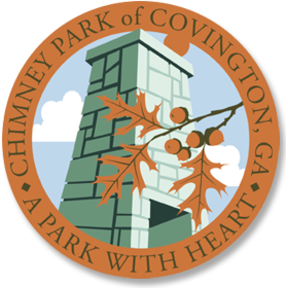 Local historians suggest the Martin-Patterson Home was built between 1910 and 1918 and resembled the Lee-Porter House at 2146 Conyers St. SE.  It was built by E.G. Martin, son of a Presbyterian pastor John Edward Martin and wife Isabella Grier Martin who moved to Newton County from South Carolina in 1871.  E.G. Martin married Susie Eugenia Ramsey of Newton County, great-aunt to longtime Covington Mayor Sam Ramsey, and with her built this home, once described as a “modern farm home.” The Rev. Dr. Peter Marshall, pastor of First Presbyterian Church, later Chaplain of the U.S. Senate and immortalized in the movie “A Man Called Peter,” spent many hours here, perhaps rocking on the porches and mulling his sermons.

The approach to the home followed what is now Ramsey Drive and was planted with sturdy oaks, some of which still stand.  It featured a porte-cochere on the right, and on the left, a bump-out and columned porch.  It was surrounded by cotton fields and lacked a cooling canopy of trees.


Mr. Martin is known to have had large farming and dairying operations, as well as a successful road building and grading company.  Mr. Martin died in a machinery accident sometime in the 1930’s, and Mrs. Martin, unable to maintain the home, moved to a smaller home east of Covington near the Martin dairy farm. The Martin house was sold at auction and was acquired by a Mr. and Mrs. W. O. Patterson. After their divorce, Mrs. Patterson, a teacher, retained the home, but unable to maintain the expansive home on her salary, Mrs. Patterson moved to Porterdale where she continued her profession.

The house that featured two spiral staircases, a piano in the foyer, a mahogany pool table with pearl inlay and all the finest drapery and furnishings fell into disrepair.  Underbrush and overhanging trees enveloped the house that became a magnet for fearless children and exploring teens.  The house burned to the ground, likely the result of a careless squatter, around the time Newton County acquired the property in the late ‘80’s.  Only the granite foundation and one chimney remain, leaving observers to speculate about the daily lives, joys and tragedies about which the walls might have told.  Chimney Park now surrounds the remnants where imagination and discovery are encouraged and cultivated.