FAIRY FESTIVAL IN THE PARK 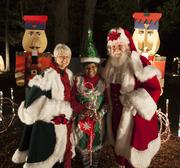 ​Read more about this local treasure. 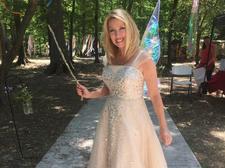 The urban woodland called Chimney Park stands gracefully behind Newton County’s popular public library. In the silence and shade stand the ruins of a once fine home, around which one can imagine gardens evoking the famous children’s book The Secret Garden.

A new story is unfolding at this 12 acre site, this secret garden. Plans began with a dream to build an outdoor sanctuary especially attractive to families with children with special needs. That dream has grown into plans for a park where people of all ages and abilities may reconnect with nature under the sheltering limbs of towering trees. Friends of Newton park is a 501c(3) organization, formed to turn this dream into reality, and is working with the Newton County Parks and Recreation Commission toward the national goal of No Child Left Inside.

Chimney Park now holds two signature events designed to introduce more people to the site and to the hopes for her future. In December, it hosts “Twilights at Chimney Park”, where thousands of lights and the squeals of children warm a cold afternoon, featuring Santa and cider, carolers and storytellers. The first Saturday in May brings “Fairy Houses at Chimney Park”, a fanciful tour of naturally made fairy houses, winged children, crafts, refreshments, storytelling, exhibits, and a Maypole.  There are also miles of walking & biking trails that lead to the park.